Starting a series featuring local artists, one would think it would be best to start with people that you already know. Our Estate Agent, Appraiser and Top Producer, Dwayne Wallas wears many hats, one of them being a Boat Builder. 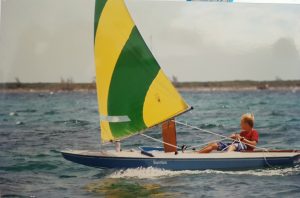 Starting less than two years ago, what started as an interest turned into a full-blown hobby. Dwayne decided he wanted to try new things and learn an array of new skills, with his first project well underway, he stated “I have no idea what I’m doing, just winging it and figuring it out as I go. If it was work it would no longer be fun.”

Dwyane is currently working on a C-class Bahamian Sloop using traditional building methods and locally sourced wood, Abaco Pine and Bahamian Mahogany, also known as Madeira Mahogany. Perhaps one of the finest varieties of Mahogany, Madeira trees are protected by Bahamian law, making the process of acquiring wood arduous, Dwayne added “I was only able to get the wood when someone had to cut one down to build a house or I found a dead one somewhere”. 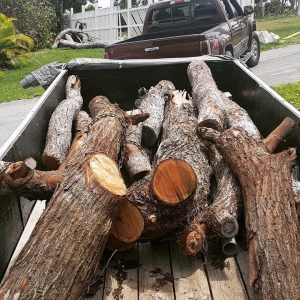 Usually working in the cool Abaco evenings, cutting through the bark of Madeira wood can take upwards of a few hours as he typically only uses hand tools “Since it is after hours I am restricted to hand tools due to the noise that electric tools make.  Plus it’s much more satisfying and the work out is much better” Dwyane advocated. 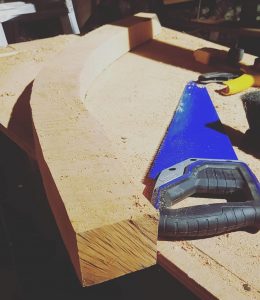 A consistent competitor in local Regattas, each year the world’s best sailors from every major island compete in a four-day competition in the heart of Elizabeth Harbour. The National Family Island Regatta in George Town, Exuma is a must for Dwayne “and essential for every Bahamian”.  A huge thank you to Dwayne for sharing this history, a unique part of Bahamian culture and his journey with us!